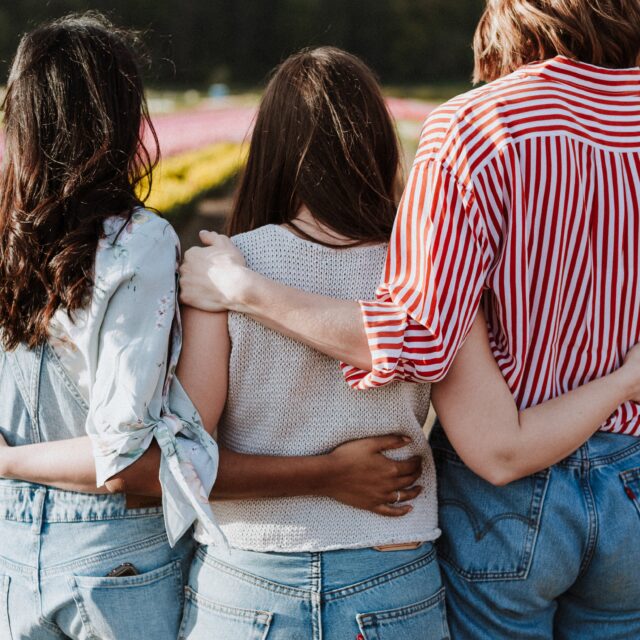 Today I’m dipping into a heavier topic. I debated between this one and something lighter, but I find when topics stick around in my brain, I generally know I’ve got to write about it before I can move on to another topic.

I’ve been so thrilled to see television shows and books show how to be supportive when someone shares about sexual assault or abuse. There are have been so many stories shared over the years focusing on whether or not the victim is telling the truth. In reality, it is incredibly challenging for a victim to say what happened out loud and then be at risk of not being believed, then shamed and potentially abandoned by those they love. The “long story short” is – Believe Them.

1. Book: Run Towards The Danger by Sarah Polley

I love this entire book and may dedicate an entire post in the future to all things Sarah Polley. This book is divided into 6 different stories. Her second story is entitled, “The Woman Who Stayed Silent”.

If you live in Canada, you probably have heard about Jian Ghomeshi, the CBC Radio Host, who got charged with multiple accounts of assault and was found not guilty. Sarah shares her experience of being sexually assaulted by Jian Ghomeshi and the internal struggle she had whether to speak up during the trial. Coming from a place of privilege and access to multiple lawyers (including her husband), 99% of the advice was, “I would have a very hard time recommending that someone I knew and loved come forward in a sexual assault case. p. 80).” She was also told that while it was safe to come forward to the police, that she would undergo much trauma as a result of process of the current legal system.

She ultimately decided not to come forward with her story because she was advised that the inconsistencies in her story might lead to more harm than good. That being said, she also received the message, “The advice you get from lawyers about what to do here isn’t necessarily going to be the same that you will give yourself as a woman, as a mother, as a political activist. p. 82).”

Two messages that stood out for me in her story were 1) Making a choice whether to and when to come forward with one’s story is a personal choice, And 2) Inconsistencies in one’s story is perhaps a way show that a person is telling the truth. These are both things that you can say to a person who shares information about sexual assault.

This show is so good for so many reasons and like Sarah Polley, they don’t ever shy away from delving into challenging topics. Season Three dives into what to do when someone everyone puts on a pedestal is charged with sexual assault. A Black professor who has done incredible things for race issues at their College is the one charged with these allegations. A white girl is the one is hesitant to come forward. Everyone shares different opinions about whether they believe her and whether she should come forward.

Spoiler Alert (don’t read if you don’t want to know what happens). There are so few Black mentors at this college, that the student and mentee Reggie struggles the most to grapple with two sides of this professor. He thrives under this man’s mentorship and at the same time struggles with what to do if these allegations are true. Ultimately he shows viewers how to respond – he believes and supports the woman and stands up to the professor.

Message: You don’t need to respond perfectly the first time some one shares about a sexual assault. What matters is that you need to spend some time to reflect on what it is that makes it challenging for you to believe this person. What emotions does it bring it up? Can you make space for the complexity of having multiple opposing emotions? There is a heartbreak that happens when someone you love is the one who’s charged. And then after you’ve done this work, make sure you apologize to that person for your hesitation in believing them and tell them you are going to try and do better.

In all honesty, I didn’t finish the first season, but I still want to give it a shout out. What I loved about this show was how it shared the complexity in the dynamic of a sex positive culture and also believing a “sexually promiscuous” person when they share about sexual assault. This show also shows a male peer at first not believing the individual and then later apologizing to this person. Yes!!! I’m all for more shows teaching audiences how to respond. We need more shows to continue sharing this message.

Message: Being sex-positive and enjoying sex with multiple partners doesn’t mean a person didn’t get sexually assaulted. Consent is deserved by all.